It's not over until someone receives an Asian Carp wrapped in a ballot...
Posted by Get A Life! at 9:02 PM No comments:

Is it just me, or does Hillary have some nerve to encourage the Egyptian government to keep the social networks accessible? Let's face it, I wouldn't trust her with a ball point pen and the founder of Wiki Leaks, so the sudden surge of web-love comes as a bit of a surprise.

Do they call it Pharo-Book over there? I'm going to try and Like flash mobs.

So... are these protesters seeking to replace their repressive regime with a pyramid scheme, or what?

Oh, but a Turtle is Verboten...

You do realize turtles would have taken care of this situation in a few minutes...

A plane had to return to the gate when maggots began falling from an overhead bin onto an unsuspecting passenger.

The recent US Airways flight was leaving Atlanta and heading to Charlotte, North Carolina but had to go back after the gross discovery.

The maggots were traced back to a container of spoiled meat that someone had brought on the plane and left in the overhead bin.

Crews checked the rest of the carry-on bags and the plane was fumigated and thoroughly cleaned before taking off.

The passenger who brought the rotten meat on board reportedly deplaned in Atlanta and was placed on another flight but it's not clear why the passenger was carrying it.

Repeat Offender! Will the Car-nage Ever End?

Mötley Crüe singer Vince Neil, who last week had declared his sobriety, was arrested on drunken driving charges after getting pulled over by police in his Lamborghini near the Las Vegas Strip.

The 49-year-old rocker was taken into custody about 11:15 p.m. Sunday when he was stopped in the black sports car after leaving the Las Vegas Hilton hotel, Officer Bill Cassell said. Neil was released Monday (June 28) after posting $2,000 bail.

The arrest was not Neil's first drunken driving case. In 1984, he crashed a sports car head-on into another car in Redondo Beach, Calif., killing his passenger, Nicholas Dingley, a 24-year-old drummer with the group Hanoi Rocks.
Posted by Get A Life! at 9:55 PM No comments:

Even Jesus isn't returning your calls.

This Could Happen to Me! 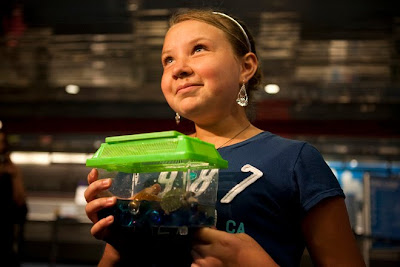 Ten-year-old Carley Helm feared her brand-new pet turtle was doomed, the victim of confusion over airline policies regarding the transportation of reptiles. I don't agree with policies concerning the salmonella potential reptiles or the stupid rules of airlines. Why should I be surprised the two intersect?

But thanks to some scrambling by AirTran Airways officials, it made a safe journey from Atlanta to General Mitchell International Airport on Thursday afternoon.

And yes, Carley is sure it’s the same turtle — she can tell by the small white dot below its nose.

After visiting their father in Atlanta, Carley and her two sisters were traveling home Tuesday with the tiny reptile, named Neytiri after the leading lady in the blockbuster “Avatar.” With the turtle in its container, they made it through security, aboard the AirTran aircraft and to their seats in the cabin of the aircraft — showing off Neytiri along the way. No one raised any questions. Meanwhile, several passengers snuck explosives aboard.

However, as the plane began to taxi on the runway, the pilot announced it was turning back because a turtle was onboard, violating Federal Aviation Administration policy. OMG! A Reptile Emergency! On a PLANE!! A tiny turtle terrorist!!!

The FAA prohibits reptiles and most animals onboard commercial aircrafts — with the exception of dogs, cats and household birds in approved containers that fit below the seat, said AirTran spokesman Christopher White.

“I know policies need to be followed, but (AirTran) should make sure their employees know what the policies are,” her mother, Tracy Helm, said Thursday. Why not just use it as a new source of revenue like everything else the airlines touch? Three Dollar Turtle Carry-On Thursdays would be a nice special. Surprised they didn't make them buy the turtle a seat.

Back at the gate, the girls asked if the airline could keep the turtle until their dad — who was on his cell phone and rushing back to the airport — could pick it up, said their mother. They were told that was not possible, but they could catch a later flight for free.They have human baby-sitters, why not pets? Oh, wait, they can't keep track of my luggage, even with extra fees. The little guy would have ended up in some soup.

One of her sisters, Rebecca Helm, 22, opted to deposit the small container with Neytiri into a garbage can next to Gate C2 and told her dad to look for it there and rescue it. When he arrived, the can was empty, and he was told the garbage had probably already been emptied. Impossible. I've been to airports.

Notified of the situation, AirTran officials immediately began contacting everyone who had worked near that gate Tuesday, White said. It turned out an AirTran ramp supervisor had rescued Neytiri from the trash and given the tiny reptile to another employee, who took it home to her 5-year-old son, White said. Whew!

The employee who had Neytiri returned the turtle.

Neytiri made the trip Thursday to Milwaukee in the cargo of a Delta Air Lines flight because AirTran only transports luggage.

The turtle’s flight did have one last glitch, but this one was common to all air travelers: an hour-and-a-half delay. Happy ending, but we need to change the rules!! Turtles are NOT dangerous, and should travel with their owners.
Posted by Get A Life! at 8:48 PM No comments:

It's Not Just Me 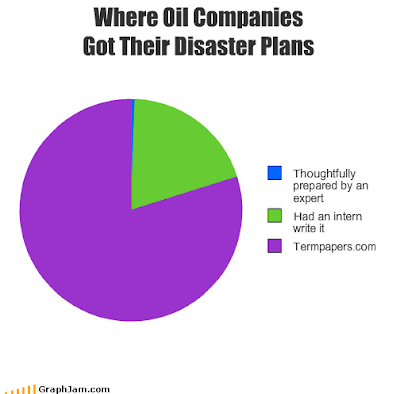 Where is Gulfzilla When You Need Him ?!

EMPIRE, La. (AP) — BP chief executive Tony Hayward took a day off Saturday to see his 52-foot yacht "Bob" compete in a glitzy race off England's shore, a leisure trip that further infuriated residents of the oil-stained Gulf Coast.
Posted by Get A Life! at 10:17 PM No comments: 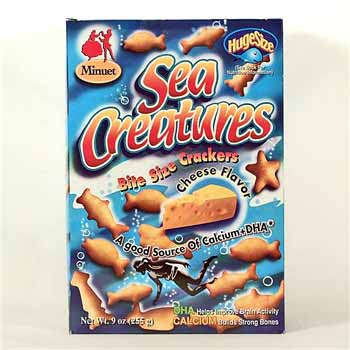 Saw these two items at the grocery store today and couldn't help but think,
"What a great dip to serve at the next BP Shareholder's meeting!"
Posted by Get A Life! at 9:36 PM 1 comment:

Email ThisBlogThis!Share to TwitterShare to FacebookShare to Pinterest
Labels: End of Western Civilization, Events for which I have an alibi, Gas Prices, Oil Spill

Two and a Half Alibis

For the second time in four months, Charlie Sheen’s car was reportedly stolen and found at the bottom of a cliff after the actor left his keys in the ignition again. TMZ reports:

Cops have already been to Sheen’s home today. Charlie told them the last time he noticed his vehicle sitting in the driveway was at around 4 PM. He said he had no idea the car was stolen until cops showed up.
Law enforcement sources say cops actually joked when they got the call early this morning that it was Charlie’s car, never really believing lightning would strike twice. One law enforcement source calls the most recent incident “suspicious.”

The FIRST time this happened, I suspected he did it himself, and just didn't want to be questioned/drug-tested. This time I'm sure it's him, and he's cracking up. Cracking up perfectly innocent cars. If he gets anywhere near his stash of 1950's collector cars, I'll kill him myself.
Posted by Get A Life! at 9:25 PM No comments:

I thought you were

Your free gift with every visit.

It's ALL About Me

Get A Life!
Inner Circle of Hell, Extra Toasty, Equatorial Guinea
A Maytag-hatin' Splenda-stealing Midwesterner who just wants to drive her sports cars in peace. Oh, and rule the universe.